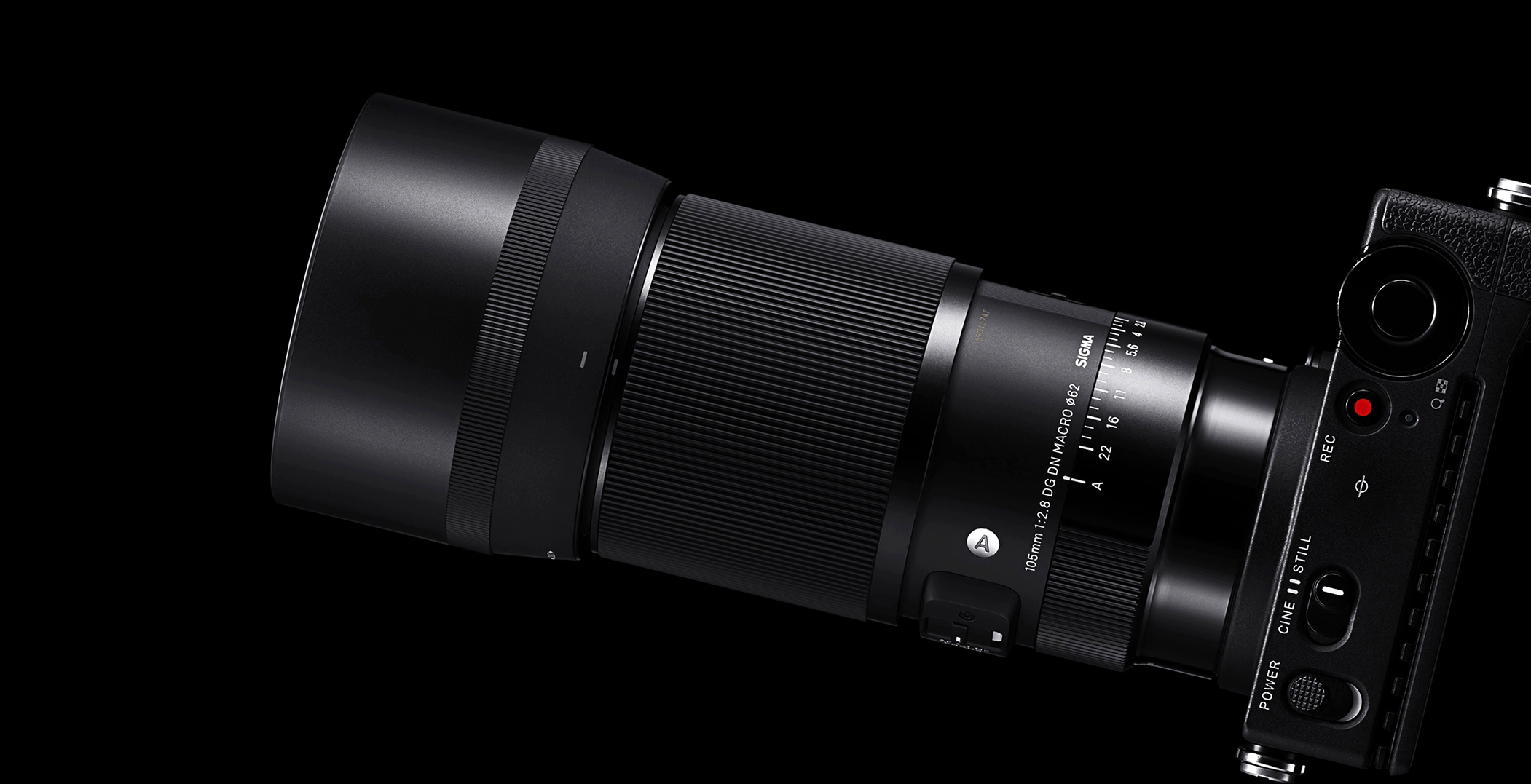 The SIGMA 105mm F2.8 DG DN MACRO | Art is a high-performance, mid-telephoto macro lens designed from the ground-up for mirrorless cameras. Available in E-mount and L-Mount, this impressive optic offers superb image quality, fast AF and an impressive feature-set. It is equally well-suited to close-up macro work and a range of other photo and video applications including portraiture and weddings. The quality, functionality and versatility of this lens make it a must-own option for mirrorless photographers.

This all-new 105mm lens is first Art line macro lens designed specifically for mirrorless cameras, and brings to the table a range of advanced functionality including an aperture ring with de-click and lock functions, a customisable AFL button, dust- and splash-proof construction and a focus limiter switch. Its optical performance goes far beyond what one might expect of a mid-telephoto macro lens. 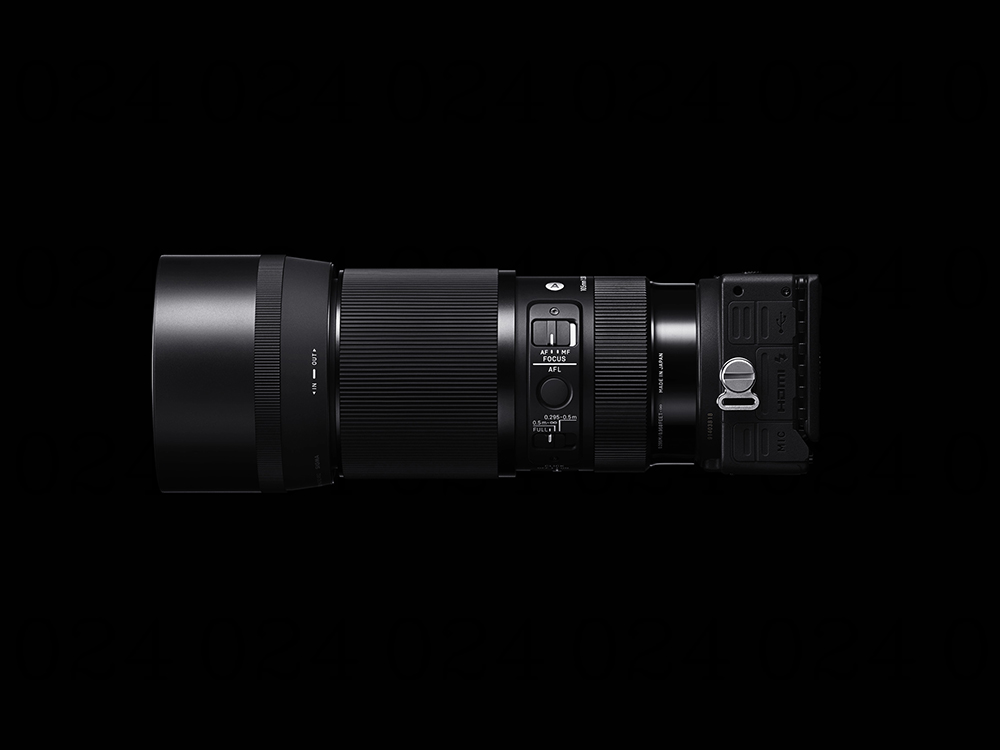 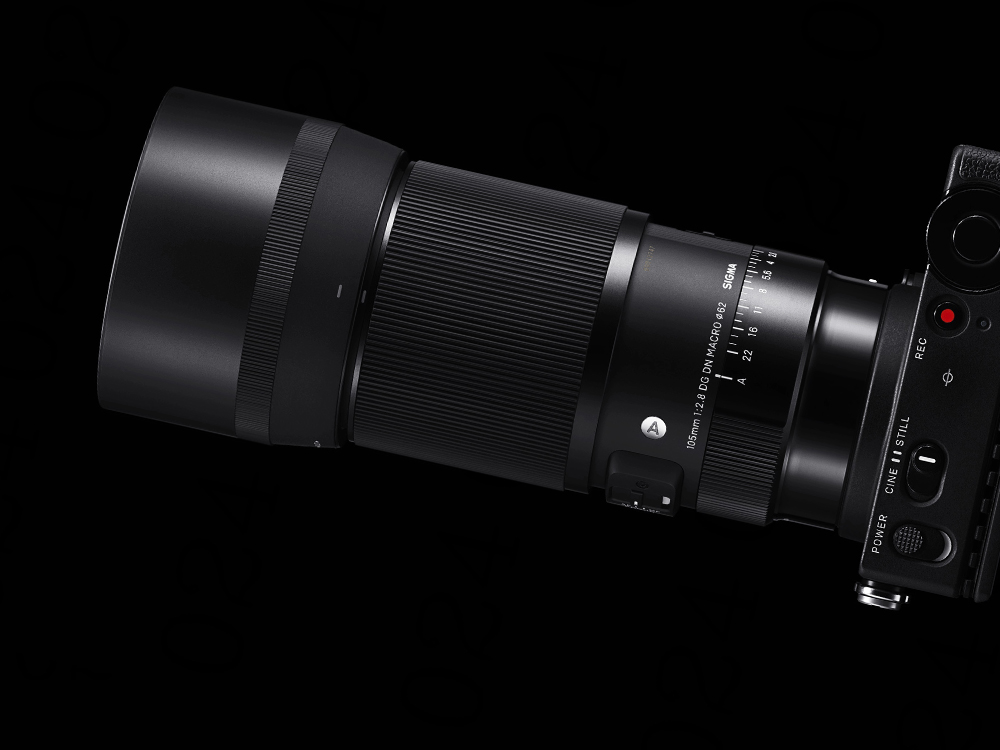 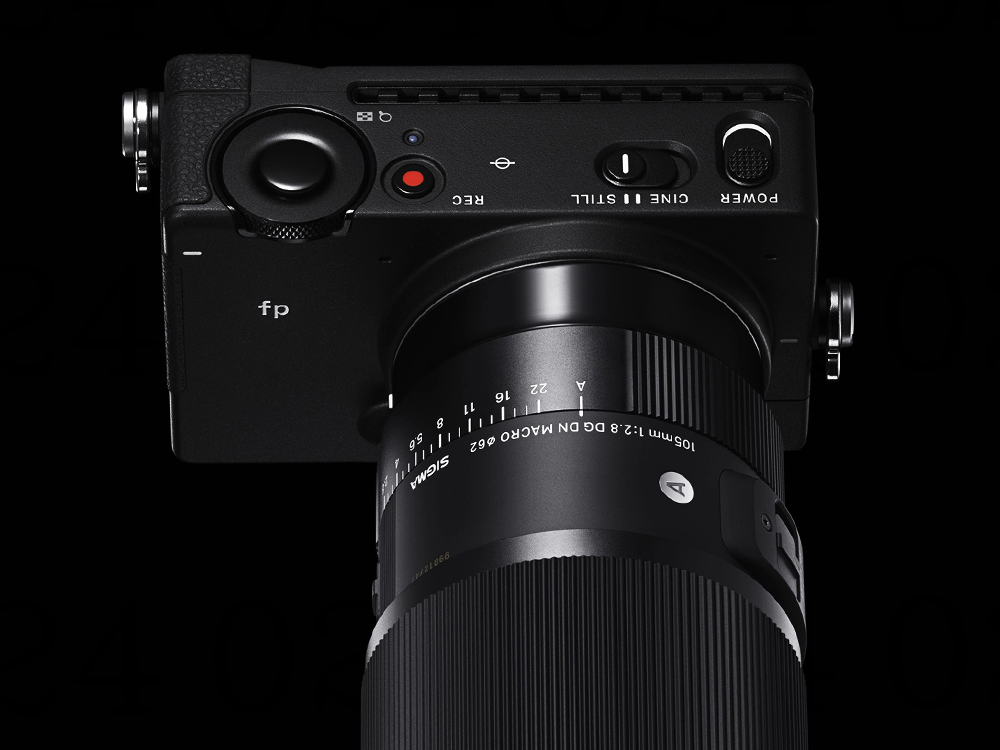 SIGMA prioritises optical performance above all else in its Art lens line-up, and it’s no different for the new 105mm F2.8 DG DN MACRO | Art. The lens gives an outstanding rendering performance from the centre of the frame all the way to the edges, and it is able to minimise ghosting and flare very effectively, even in backlit conditions. The all-new optical design of the 105mm F2.8 DG DN MACRO | Art ensures exceptional sharpness at all shooting distances, from extreme close-up all the way to infinity. The lens produces clear, punchy results free of color bleeding and with delicate rendering.

The lens’ sophisticated optical design means chromatic aberration is handled extremely effectively, and there has been a particular focus on longitudinal chromatic aberration, which cannot be easily dealt with by in-camera aberration correction. Sigma’s lens designers have worked hard to ensure the 105mm F2.8 DG DN MACRO | Art has exceptionally attractive bokeh, with beautiful bokeh circles, and smooth, natural-looking out-of-focus rendering in both the background and foreground. This is extremely important for both macro and portrait shooting.

The 105mm F2.8 DG DN MACRO | Art features a range of advanced functionality that opens up a range of new shooting possibilities for both photographers and film makers.

The lens has and AF/F switch ①  that toggles between automatic and manual focus. In manual focus, the focus ring has a very smooth action and using the SIGMA USB Dock (L-Mount only), the AF sensitivity can be customised. The focus throw is quite large by default to allow for precise manual adjustment when shooting macro subjects.

In a similar way to the 85mm F1.4 DG DN | Art and 35mm F1.2 DG HSM | Art, an aperture ring ⑥ allows users the option of controlling their aperture setting either via the camera or the lens.

The dial can be de-clicked using a switch on the lens barrel ④, which allows film-makers to tweak aperture during movie shooting without stepped changes to exposure, and this also allows quieter operation which can be very useful when shooting close-up subjects. An aperture ring lock button ⑤ eliminates the risk of accidentally knocking the aperture ring from auto to manual or vice versa.

Also on the lens barrel is a Focus Limiter Switch  ③  that allows users to limit the lens’ focusing range, resulting in faster overall AF performance. There are three settings: 0.295m-0.5m, 0.5m-infinity, or FULL. Adjacent to the Focus Limiter Switch is an AFL button* ②, to which users can assign a particular function via the camera menu. This button sits in a convenient position to be controlled by the thumb, and is useful for focusing control.

*Limited to compatible cameras. Also, the functions depend on the camera.

The lens’ 1:1 magnification ratio allows very close focusing so that the impression of the subject appears as life-size on the camera’s sensor. The minimum focusing distance is 29.5cm, giving a working distance of 14.1cm. On the L-Mount version of the lens, Sigma’s two new teleconverters can be used (TC-1411 – 1.4x and TC-2011 – 2x) to give an even larger magnification ratio. The TC-1411 gives a 1.4:1 ratio and the TC-2011 gives a 2:1 ratio, and working distance remains at 14.1cm when using both. Maximum F numbers become F4 and F5.6 respectively.

As well as being a true macro lens with a 1:1 magnification ratio, the 105mm DG DN MACRO | Art can be used in a wide range of other shooting situations, for both photo and video. Its 105mm focal length is ideal for portraits, and it’s a perfect high-performing utility lens for weddings and events where the approach can be very varied. Optical performance is exceptional for both extreme close-ups to far-away objects, and AF is fast owing to the lens’ HSM focusing motor. The lens is optimised for modern mirrorless autofocus systems including auto-eye AF.

Typical of the exceptional build quality of Sigma’s Global Vision lens line-up, the 105mm F2.8 DG DN MACRO has a dust- and splash-proof structure which is built to handle a wide range of shooting conditions. The focus and aperture rings have a very smooth action and the switches are ergonomically designed and durable. With levels of user-friendliness, adaptability to the environment and smoothness of operation that are designed for professional use, the 105mm F2.8 DG DN MACRO | Art pushes the boundaries for photographers and gives them wider creative possibilities.

* Function available on supported cameras only. Available corrections may vary depending on the camera model.

You'll find our philosophy and craftsmanship in every product

Our new lineup fully expresses our approach to lenses and photography itself. All of our lenses belong to one of three lines—Contemporary, Art, or Sports—all of which share our development philosophy and advanced manufacturing system. High performance, high quality, and high end in every respect, these lenses give people who love photography lasting value and consistent, exciting results. The secret is our passion for craftsmanship that we put into every production process and every product.

Evaluation with Sigma's own MTF measuring system “A1”

We used to measure lens performance with MTF measuring system using conventional sensors. However, we’ve now developed our own proprietary MTF (modulation transfer function) measuring system (A1) using 46-megapixel Foveon direct image sensors. Even previously undetectable high-frequency details are now within the scope of our quality control inspections. The SIGMA 50mm F1.4 DG HSM will all be checked using this “A1” before they are shipped.

All Sigma’s manufacturing – right down to moulds and parts – with a few exceptions, are carried out under a single integrated production system, entirely in Japan. We are now one of the very few manufacturers whose products are solely “made in Japan”. We like to think our products are somehow imbued with the essence of our homeland, blessed as it is with clean air and water, and focused, hard-working people. We pride ourselves on the authentic quality of Sigma products, born of a marriage between highly attuned expertise and intelligent, advanced technology. Our sophisticated products have satisfied professionals and lovers of photography all over the world because our manufacturing is based on genuine craftsmanship, underpinned by the passion and pride of our experts.

Applicable for the Mount Conversion Service

As an experienced lens manufacturer that has been creating a diverse range of interchangeable lenses, we have started the innovative chargeable service “Mount Conversion Service”. With this service, the mount of your current SIGMA lenses can be changed to another mount of your choice. It gives a new life to your favourite lenses when you wish to use it on a different camera body.

* This “Mount Conversion Service” is different from a normal repair. In order to apply for the service, please contact your nearest authorized subsidiary/distributor of SIGMA.

This page will be updated with information related to product reviews when it becomes available.

© Aya Iwasaki. Not to be used without permission.

© Aya Iwasaki. Not to be used without permission.

© Noriko Yamaguchi. Not to be used without permission.

Back to other accessories 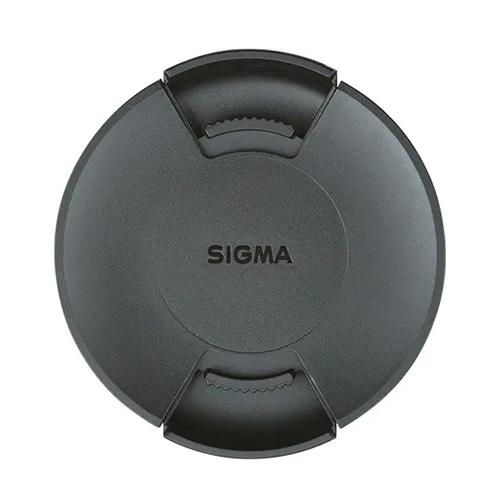 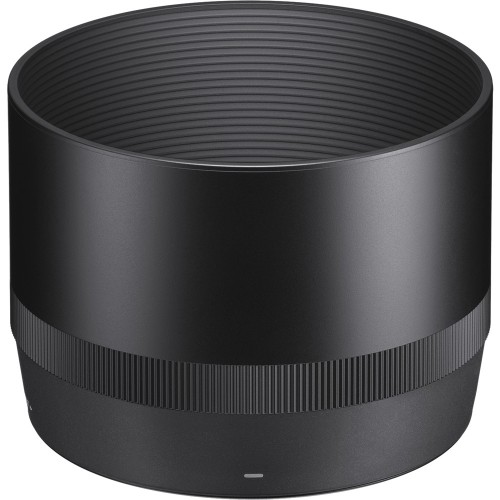 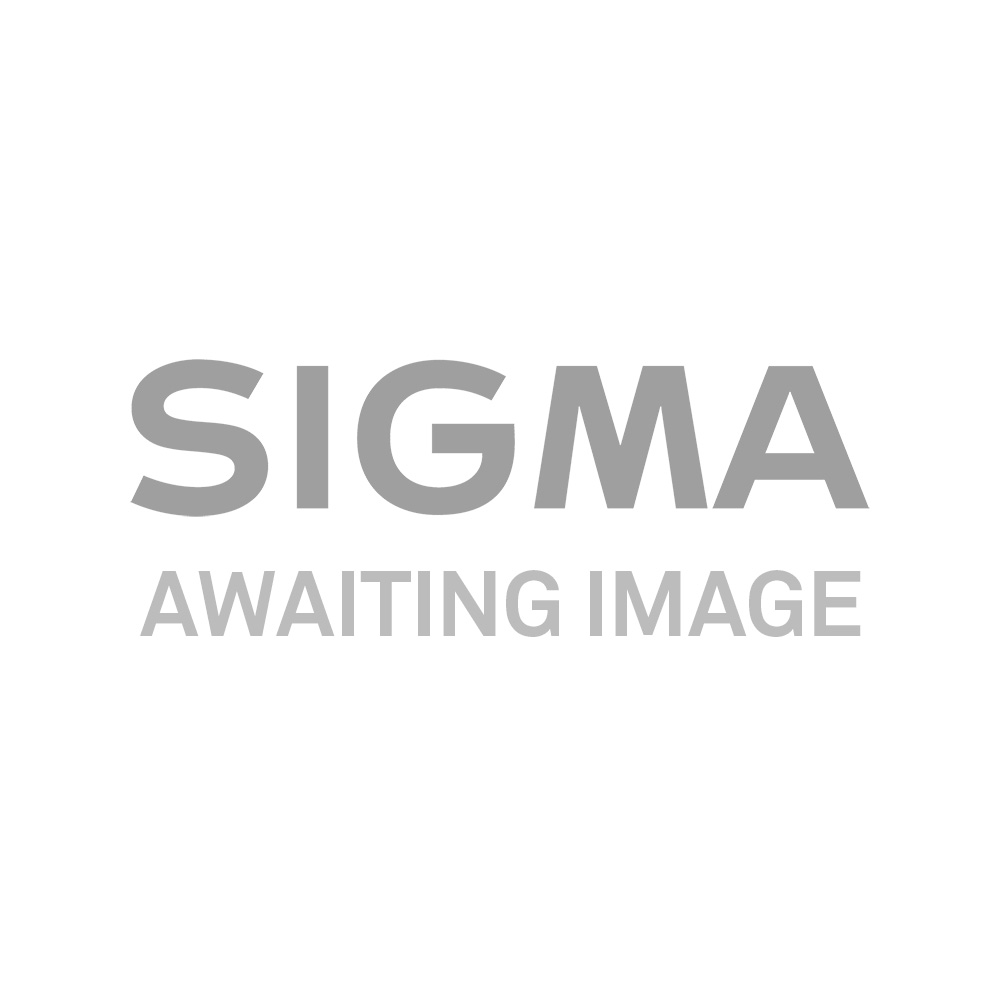 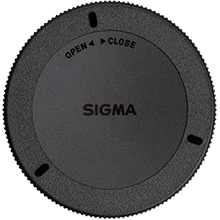 Protect the rear elements of your lens with a SIGMA Rear Lens Cap. Helps to prevent dust, scratches and unwanted damage to the lens contacts. Supplied with new SIGMA Global Vision lenses* *Excluding some lens variants. 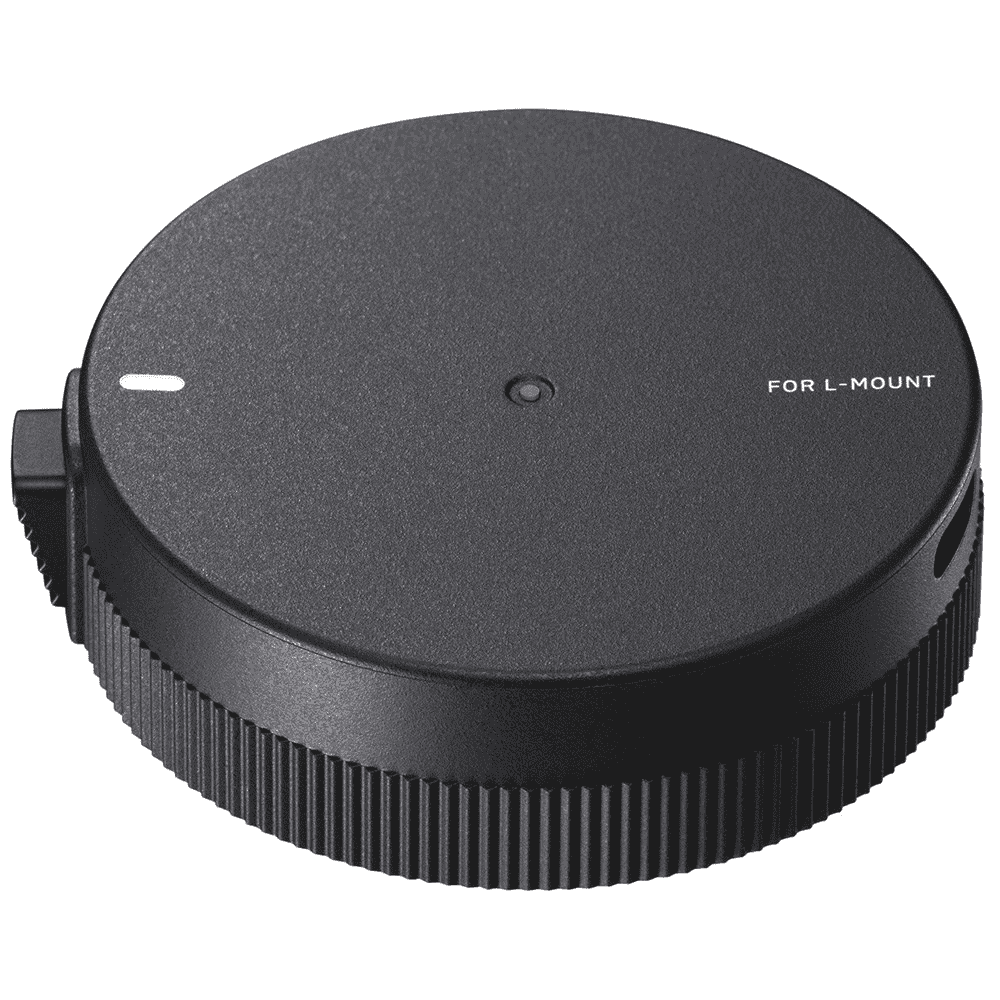 Designed exclusively for the use with a SIGMA Contemporary, Art, or Sports lens and its accessories, the SIGMA USB DOCK allows users to update firmware and customize settings on lenses in these lineups. As the latest addition to the lineup, the USB DOCK UD-11 is designed for two types of mirrorless camera mounts: the L-Mount …

END_OF_DOCUMENT_TOKEN_TO_BE_REPLACED 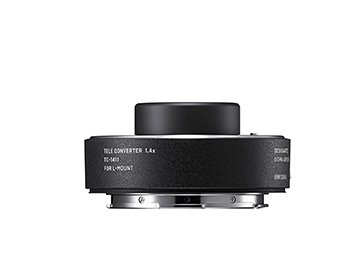 Teleconverters designed exclusively for L-Mount lenses The SIGMA TELE CONVERTER TC-1411 is designed exclusively for the use with SIGMA L-Mount lenses. Mounted between a lens and a camera body, the TC-1411 magnifies the focal length of the camera by 1.4x. The superior optical performance of the SIGMA Contemporary, Art and Sports lines of lenses is …

END_OF_DOCUMENT_TOKEN_TO_BE_REPLACED 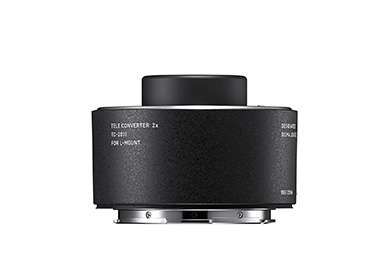