In 2017 photographer David Gibbon became the first Briton to visit a remote nature reserve in northern Iceland in winter to photograph the Arctic fox. He spent a week on the Hornstrandir reserve, just 22 miles from the Arctic Circle, and which is regarded at the most remote and hostile place in Europe. David was given permission by the Icelandic Environment Agency to visit to photograph the foxes and made a return trip recently equipped with the SIGMA 150-600mm F5-6.3 DG OS HSM | Sports lens. David shares his experience and images in this blog story.
In February of this year I went on an expedition to the arctic to photograph of one of nature’s greatest survivors, the Arctic Fox. 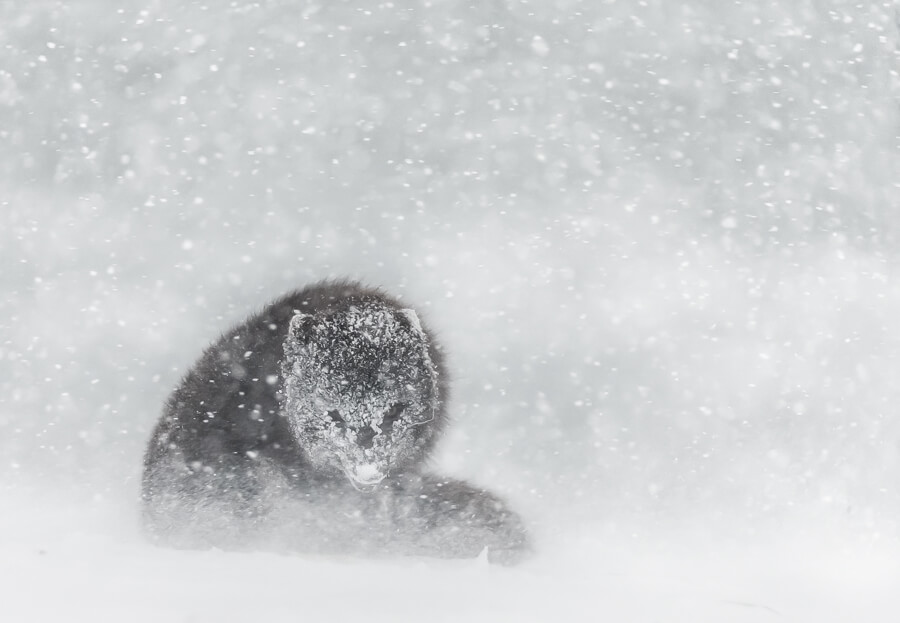 Visiting such an extreme environment in winter requires very special gear, from down coats and thermals to keep warm to a lens that is going to survive temperatures as low as –20 degrees and withstand gale force winds and heavy snowstorms. 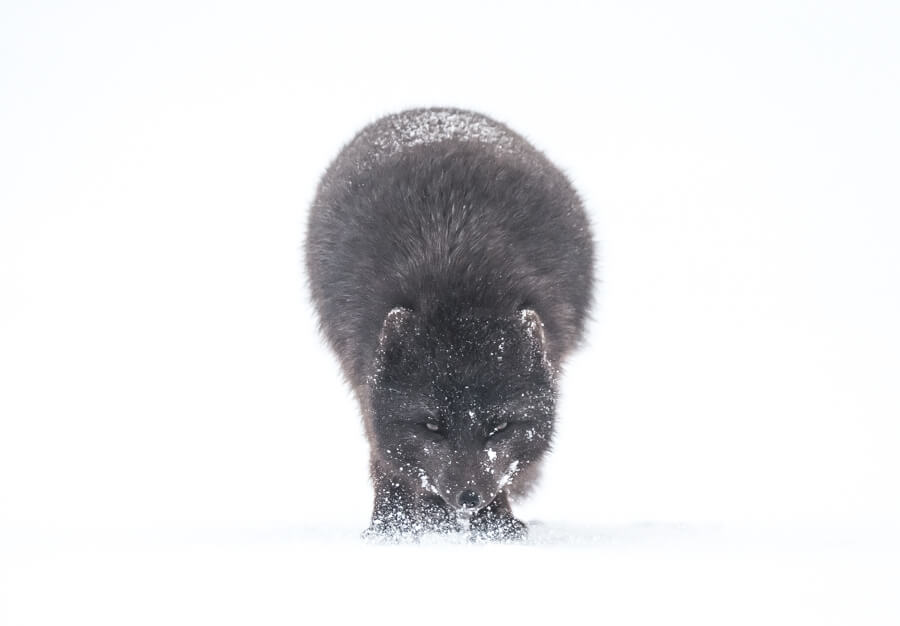 I decided to put Sigma’s 150-600mm Sports lens to the test and can now say how happy I am to have made that decision, as its performance was nothing short of extraordinary.
I had five days in the arctic, spending six hours a day in extreme cold and snow and the lens never faltered. Even when the snow was very heavy and the lens was completely covered in snow, thanks to its fantastic weather sealing, it still performed outstandingly well without any issues. 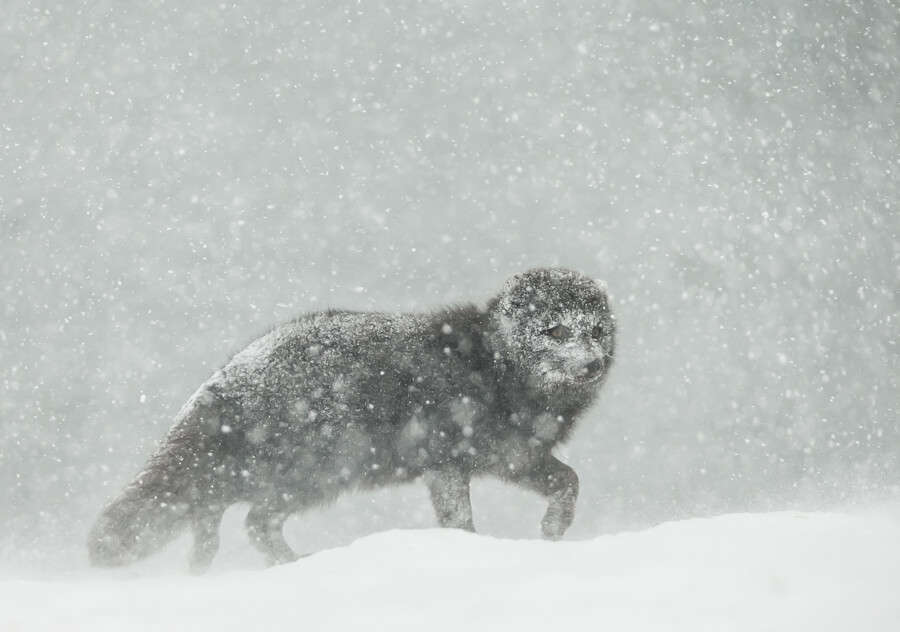 As most photographers who have worked in arctic conditions will know, focusing can become a real issue in heavy snow, as the lens tends to focus on the snow and not the subject. But the SIGMA 150-600mm | Sports really blew me away as it focused without issue on the Arctic Fox even when the snow was as its heaviest consistently giving me sharp results, as some of my images reveal. 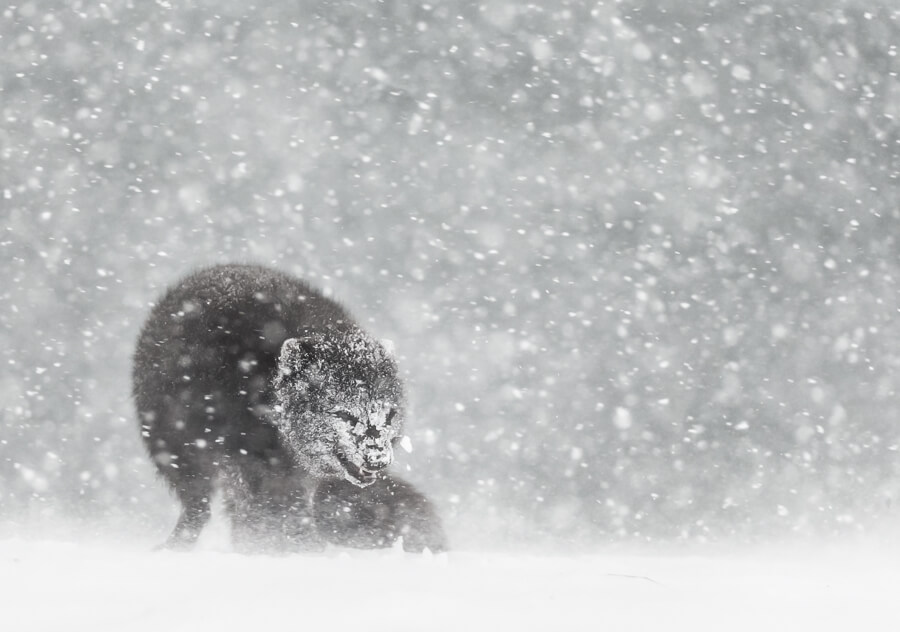 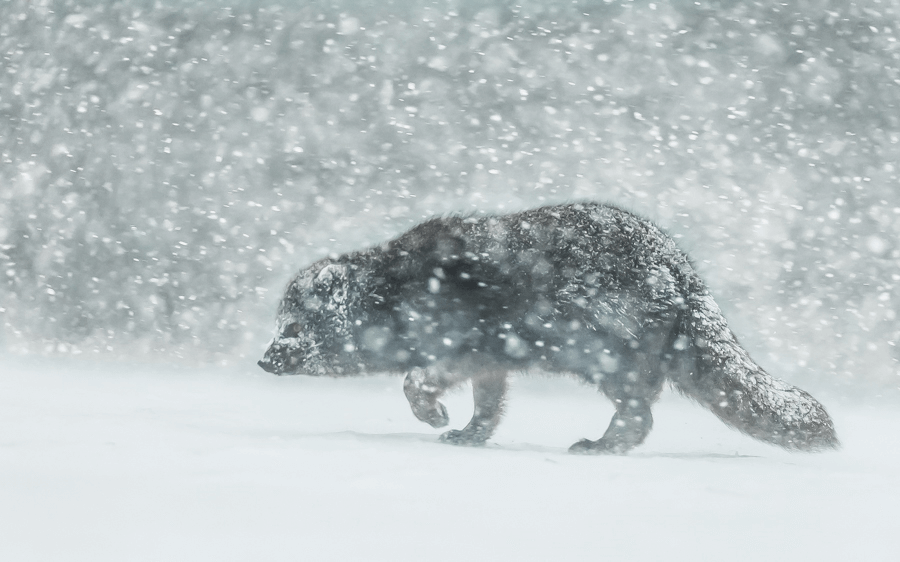