The Foveon sensor on the SIGMA SD Quattro makes it an ideal camera for black & white photography. “This detail rendering produces a subtle filmic look that sets Foveon images apart from the mainstream.” Tim Shoebridge looks at the benefits of the camera and explains what makes it special in Part 3 of a series of articles in Black & White Photography magazine.
Black & white images, by their very nature, are devoid of the distractions of colour. Images are reduced to shapes, forms, textures and contrast gradients. We naturally look for and appreciate the fine detail in monochrome images and it is no surprise that black & white photography has a certain preoccupation with maximising image quality and detail, and has had this preoccupation for a very long time.
Back in the heyday of film photography the main objective of colour film was to reproduce hues as accurately as possible for either portraiture or landscapes, whereas for black& white film we witnessed a preoccupation with ultra-fine grain and high acutance films with specialist chemicals and development techniques designed to maximise detail and micro-contrast. Even now, with the advent of digital imaging, those same preoccupations naturally remain.

The sensor design of almost all mainstream digital cameras today is based on a Bayer filter that was developed with colour reproduction in mind rather than black & white image capture. A relatively recent development for black & white digital imagery has been the appearance of specialist achromatic imaging sensors such as those found in the Leica Monochrome and Phase One IQ digital backs which most of us consider being the panacea for black & white image capture.
Unfortunately the price of entry to these specialist achromatic camera sensors is prohibitive for most of us too, and even if cost were not an issue then the very specific form factors concerned might still be, since we have an optical rangefinder camera on one hand and a bulky medium format LCD-based digital system on the other. These form factors do not fit every photography need and certainly differ to the workhorse DSLR and mirrorless camera formats that have become mainstream.

But let’s consider an alternative for a moment because I think that in very real sense the SIGMA Foveon sensor found in the SIGMA SD Quattro mirrorless camera is a mid-waypoint between Bayer sensors and those high cost specialist achromatic sensors that I have just mentioned and a very practical alternative to them.
Although colour accuracy was a key design goal of the Foveon sensor, it also renders detail in a manner that far surpasses any Bayer sensor of the same physical dimensions and pixel resolution. This detail rendering produces a subtle filmic look that sets Foveon Images apart from the mainstream demos iced Bayer images that we so commonly see in circulation. But in addition to detail rendering and filmic look, there are two more benefits that the SD Quattro gives over an achromatic sensor that we should also seriously consider when it comes to black & white images.

First, you have the distinct advantages of using a mirrorless camera, you can set the SD Quattro to monochrome modes that what you see through the viewfinder is in black & white and at a contrast level of your choosing. Viewing the world in monochrome takes a lot of the guesswork out of finding and composing scenes that best suite black & white treatment and can be a real creative catalyst.
Second, even when in monochrome mode the SD Quattro is capturing full colour information when shooting in Raw or DNG format. This allows you to apply B&W colour filter effects in post-production, such as a digital red filter to darken skies or a green filter to soften skin tones. These are post-processing treatments that you simply cannot perform with images captured within achromatic sensor that, by their very nature, lack colour information.
So, for all the reasons I have given above, the SD Quattro from SIGMA is a camera that really excels in black & white photography and has earned its place as my number one choice when I am in need of monochrome images.timshoebridge.photography
Click here to view the full PDF article as it appeared in Black & White Magazine

Tim Shoebridge is a photographer from London, UK who has been taking photographs for over 35 years. his first camera was a Zenit-E SLR and he spent his early years developing films and making prints. He started working in a darkroom of a major wedding photographer in South London at 16 years and continually progress his expertise as the years passed. He has explored new creative outlets of composing and recording music as well as adapting his skills to independent but photography remains a significant and constant creative outlet for him. He has an extensive experience wqith all major camera systems including the Sigma SD1 Merrill, DP Merrills and noe the sd Quattro. 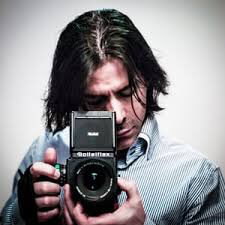