When it comes to automotive and motorsport shoots, the ART range of lenses might not be the obvious choice. Yet, the versatility, build quality and picture quality are perfect for these blink-and-you’ll-miss-it applications, says Nat Twiss, automotive lead photographer at Spacesuit Media.
“It’s just so sharp,” says Nat, describing the SIGMA 35mm F1.4 DG HSM |ART lens that he tried out for the first time in Argentina last month, shooting the FIA Formula E action for a number of important clients including BMW. “I’m a sucker for shooting wide open but a lot of lenses, even if the bokeh looks great, aren’t all that good at actually being in focus. It’s not something you even have to think about with this lens – it’s just brilliant.”


When shooting high-pressure automotive projects, with million-pound classic cars on ultra-tight timescales, or when shooting in the constantly-changing and fast-paced world of motorsport, being able to rely totally on your equipment is crucial for the job. That applies to working in sub-zero conditions in snowy January as much as working in the sweltering heat of Buenos Aires. Nat’s gear must be able to cope with both equally well, with a travel programme which has spanned Hong Kong, Morocco, Dubai, Argentina, Scotland and Spain in the past five months.

Usually, Nat uses 24-70mm 2.8 and 70-200mm 2.8 lenses, both from Nikon, so moving into Sigma territory was a bit of step into the unknown. “Sigma has been highly recommended to me by others at Spacesuit so I decided to bite the bullet and try out the gear. With the work I do, the equipment absolutely has to work. Failure is simply not an option.”
So, did the Sigma lens live up to Nat’s “sink or swim” methodology? 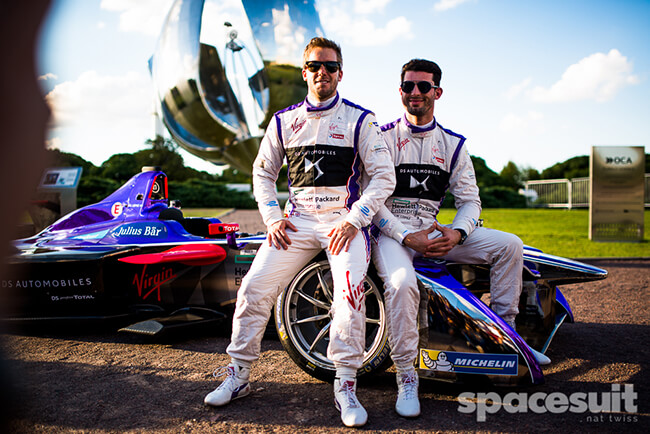 
“The SIGMA 35mm F1.4 DG HSM |ART lens focuses way faster than I expected and it’s good even with moving subjects,” says Nat. “It’s a great focal length for just about anything, and it’ll even work for formal portraiture. No calibration was needed either – it was great straight out of the box.”

That versatility is critical to Nat’s work for Spacesuit, where he might be shooing a pair of BMW cars on the track one minute and posing a leading racing driver or team principal the next. Build quality is just as important for someone who spends most of his life on the road – or in the air.

“This lens is surprisingly light, which makes a big difference when you’re lugging things around the world on planes (or around a race track),” Nat explains. “But it doesn’t feel flimsy. It’s definitely up to the task of sports photography, where kit often takes a beating.”


Nat’s verdict? “My colleagues were right. This Sigma lens is just as good as the Nikon equivalent, if not better, considering that it is far more affordable. Consider me converted. You’ll be seeing me with a lot more Sigma gear at shoots in the future.”
See more of Nat’s photography at https://spacesuitcollections.com/