The first outing for a new lens always brings a mixture of excitement and nervousness: excitement at putting a new toy to use and nervousness about whether it will perform under pressure. That conflict of feelings is heightened when working in FIA Formula E, a fast-paced racing series which leaves little time for mistakes.

In Formula E, all track action takes place on a single day: that’s two practice sessions, qualifying and the race itself. Each car spends less than three hours on track; when you’re shooting for multiple race teams, which Spacesuit Media’s artistic director Shivraj Gohil does, that means every minute must count. Malfunctioning gear is simply not an option, especially when you’re trackside in the searing heat of the Buenos Aires sunshine. 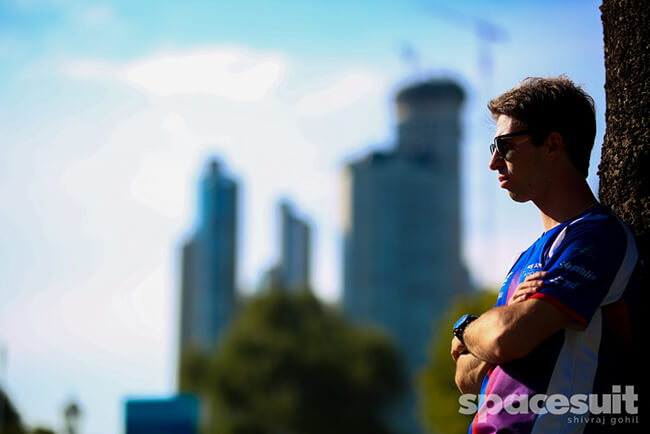 Shiv used the Argentinian round of the electric racing series, in February 2017, to put his new SIGMA 85mm F1.4 DG HSM | Art lens though its paces and he wasn’t disappointed.

“This lens is just so much faster at focusing than any other 85mm lens on the market,” he says. “I didn’t need to do any adjustments in-camera or via USB dock: it was perfect out of the box.”

Spacesuit Media has made its name in a short space of time with vibrant motorsport photography and strong portraiture. When shooting at temporary venues in intense climates, high performance is required from all aspects of equipment.

“It’s a big lens but very well built,” says Shiv. “It feels really comfortable in the hands. Colour rendition and sharpness are amazing, just like all the other ART lenses.”

Shiv uses Canon camera bodies but loves the combination of performance and price from his Sigma lenses. “It’s a perfect addition to the SIGMA 24mm | Art and SIGMA 50mm | Art that I own,” he says. “These three focal lengths give me everything I need for pit lane and portraiture at the race track.”