Photographer Karl Holtby has been a long time SIGMA fan and was first introduced to us  in 2013 when he shared his striking Bluebell image taken with the SIGMA 10-20mm F3.5 EX DC HSM lens on our Facebook page. Since then he has worked with many of the Sigma Global Vision products and is a Foveon-believer. This is his first blog posting on the SIGMA Lounge and he shares with us his experience of using the new SIGMA MOUNT CONVERTER MC-11.

My summer with the SIGMA MOUNT CONVERTER MC-11 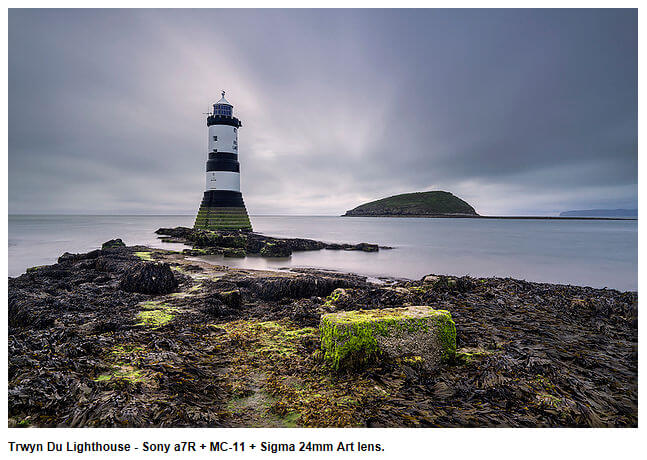 It was with much anticipation earlier this year when I heard of the release of Sigma’s MC-11 mount converter, being lucky enough to receive one of the first available, this little gadget opens up a whole new world of creative potential with, I believe, 19 of Sigma’s finest lenses becoming available.
I’ve predominantly been using my Sony a7R with the MC-11 and Sigma’s fantastic Art lenses for most of 2016, and you can see the results below. Firstly however, a bit of tech-talk, which I’ll keep as brief as possible. In essence the MC-11 allows you to use your SIGMA SA mount and SIGMA EOS mount lenses with the Sony E-mount camera bodies. Incorporating the data necessary to provide auto-focus for compatible lenses as well as OS features and other functions of the camera. In addition, since Sony E-mount camera bodies do not require mechanical integration with lenses for aperture control, the SIGMA MOUNT CONVERTER MC-11 makes Sigma SA mount lenses and Sigma EOS lenses for Canon cameras fully compatible with the automatic exposure control of Sony E-mount camera bodies.
Prior to using the MC-11 it is advised to update the firmware using the Sigma USB dock, for the MC-11 and any of Sigma’s lenses that you are intending to use. I did just that for the MC-11 and SIGMA 20mm F1.4 DG HSM | Art & SIGMA 24mm F1.4 DG HSM  | Art lenses, this process takes only a couple of minutes and is very straightforward. Upon attaching the MC-11 to my Sony a7R for the first time, I decided to go with my favourite lens, the 24mm Art lens. I found the MC-11 and 24mm Art lens nicely balanced, suiting the little a7R body. Powering up, the first thing I noticed was the autofocus speed, incredibly it seemed just as fast as any native lens, this looked promising.
Keen to give this new set up a thorough test I headed for the island of Anglesey, off the coast of north Wales, a destination which absolutely blew me away, in fact I can’t believe I’d neglected to visit this fascinating and beautiful island which is little more than a three hour drive from my home in east Yorkshire. 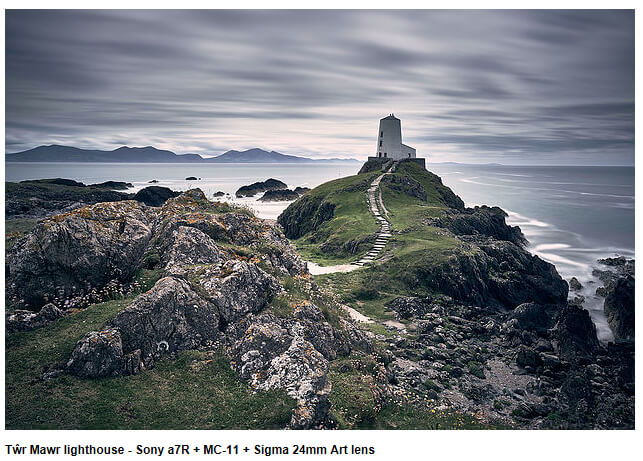 I’ve had the pleasure of using some amazing kit this past couple of years, and Sigma’s Art lenses are some of the best optics that I’ve experienced, I don’t say that lightly, the quality and clarity of these lenses is up there with lenses from other manufacturers, costing three times as much. These blog posts are not reviews as such, they are my own experiences of what works for me. I don’t have the equipment to produce scientific data on the finer points of lens construction, I’m simply going by what my eyes tell me, and the results that I’m getting from the a7R + MC-11 + Art lenses are outstanding. 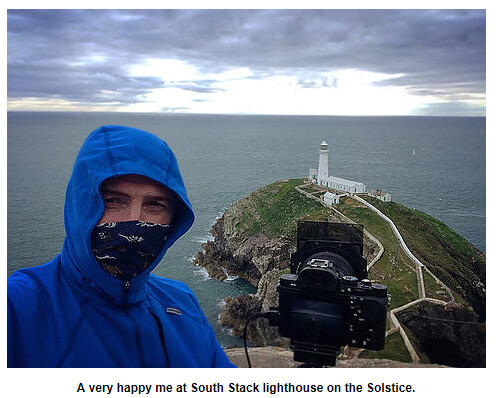 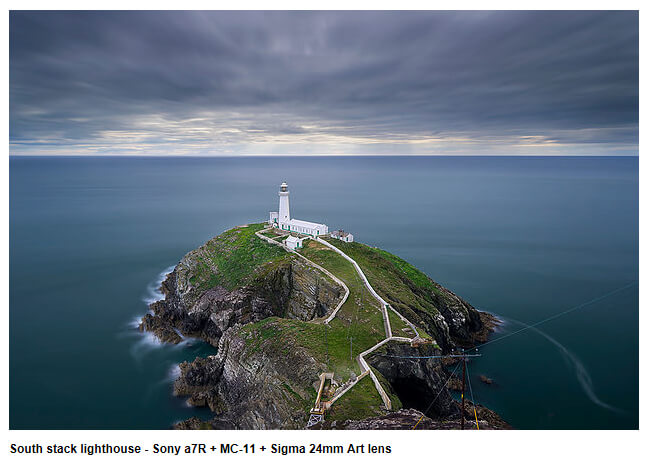 Most importantly, there is no loss of sharpness, at all. I’ve been consistently impressed by the MC-11 and 24mm Art lens, which is my preferred focal length for a large part of my landscape work. In several months of prolonged use, this set up has not let me down once. 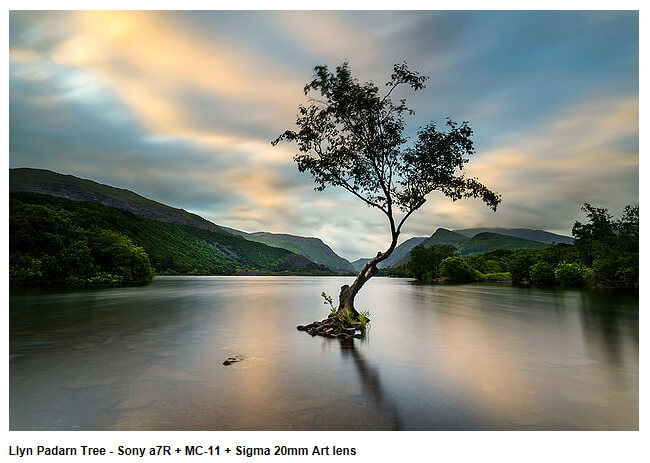 A trip to Cornwall in August produced further results which I was very happy with. 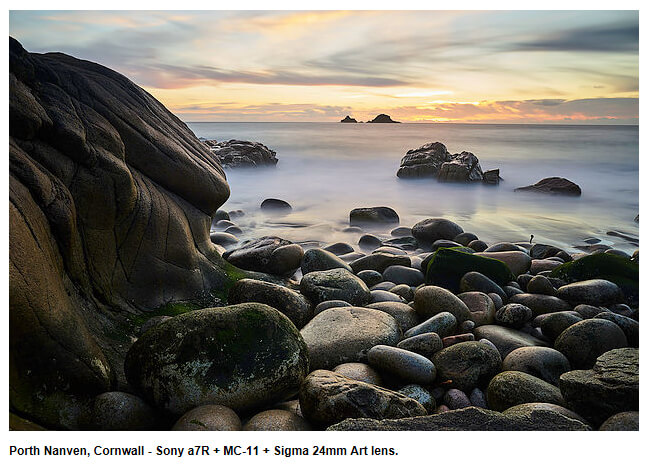 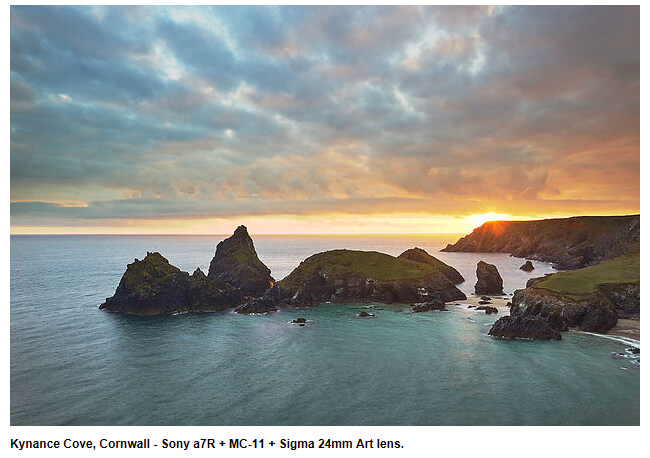 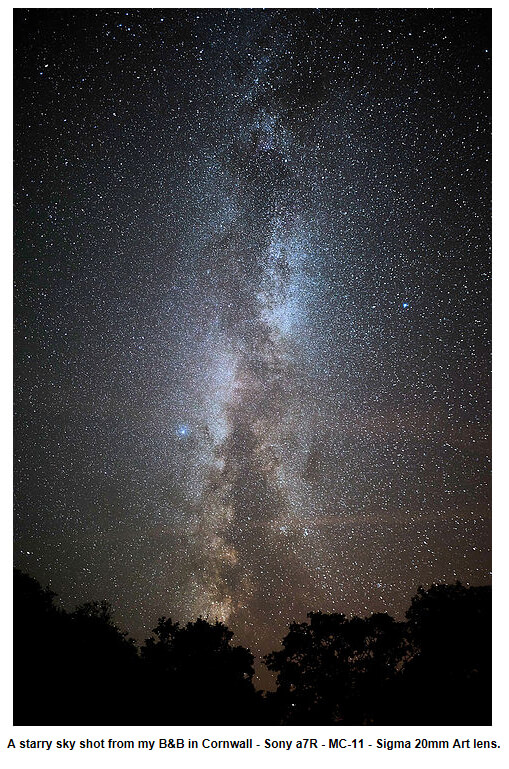 Build quality-wise, the MC-11 is a solid piece of metal up to the robust standards of anything Sigma produces these days, pairing up nicely with all of my Sigma lenses. The only criticism I have, whilst working with the MC-11/Art lenses, is not of the MC-11 itself, but of the 20mm Art lens. Nothing wrong with the quality of this lens, simply the fact that if Sigma are serious about opening up their lenses to a bigger market, the rather chunky 20mm Art lens could do with a collar for mounting to the tripod. It feels alarmingly heavy and unbalanced on the little a7R, however this hasn’t caused me any problems yet and as you can see the results speak for themselves.
Additionally, I’ve had the good fortune of being able to test the MC-11 with the Sigma 150-600mm Sport lens, with great results, auto-focus again being spot on, as if with a native lens. 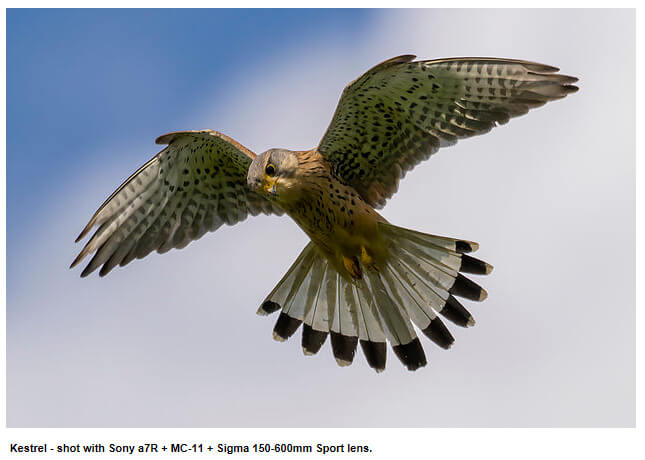 To conclude, I’ve enjoyed using this set up for the majority of this year and it’s not let me down. I’d not hesitate in recommending the MC-11 to Sony e-mount users wishing to expand their lens collection and take advantage of Sigma’s consistently award winning lens range.
To see more of Karl’s images visit his website: www.karlholtby.com