Inzajeano Latif holds a BA and MA in Photography from Middlesex University, London, UK. He is most often described as a ‘portrait photographer who engages with people on the fringes of society,’ choosing to expose their intimate interactions with their environments, and looking at how those environments shape them. His recent work “This is Tottenham” captured with the SIGMA dp3 Quattro plus Conversion lens FT-120 and “The See of the City” with the SIGMA dp2 Quattro are both featured on the Life Force magazine website in the photo essay section. Inzajeano has an extensive experience with SIGMA cameras starting with the SIGMA DP2 Merrill. In this article he describes the time when he realized the power of the Foveon sensor.
For all of my personal work I shoot medium format film but have been looking for a digital alternative to use in situations that require something smaller and doesn’t compromise on quality. I love the magic of film and the way I can play with it. Depending on the film I’m using I have formed ways of working with various types that give me the look and feel that my photo projects require. Most digital cameras I have used are unable to give me what I need and the fact that the majority of camera systems are using Sony CMOS sensors it’s not surprising that a lot of photography is looking the same, especially the commercial and advertising type.


A while back my brother had been looking into sensors and came across an article regarding the Foveon sensor which he shared and the technology immediately began making sense so I started to dig a little deeper. I quickly learnt that the SIGMA Merrill systems were rather limited but this didn’t stop me from getting my hands on them. The image quality is something you need see with your own eyes.
I spent a short time with the SIGMA DP2 Merrill and even compared it to a Nikon D800E I had and was totally blown away by the difference in detail, quality and the way in which the Merrill rendered colours straight out of the camera. I had butterflies when I viewed the imagery on screen. It was lush! It was as if I shot on film. It had ‘the look’ I had been searching for. Of course the system was slow and was only usable for me at its base 100 ISO and it lacked an EVF but the images are to this day utterly stunning and I recommend every serious photographer and university to purchase all three models including the Quattro series. It will help make better photographers from upcoming students and teach them to slow down in a fast paced industry that has lost much of its spark. For someone that shoots in a similar way to me the setbacks won’t bother you at all. I mean let’s be honest, even to have a semi-decent AF is a luxury.
I first got my hands on the SIGMA dp2 Quattro which I used extensively for several months whilst working on a project in Johannesburg, South Africa. Initially the project was going to be shot on my Fuji 6×9 rangefinder but due to the volatile nature of the location I was shooting in and the size of the Fuji I had to leave it at home and solely use the SIGMA dp2 Quattro.

I was able to use a much smaller tripod too which really helped my approach to the portraits and gave them a fluid feel. There wasn’t much between me and my sitters and I really believe this helped with the series. Big cameras can not only intimidate but also attract unwanted attraction and believe me, the site I was shooting in is the last place where you want to attract attention. I was really pleased with the quality of the images the camera was producing not to mention the detail within them.

I later got my hands on the newly released SIGMA dp1 and dp3 Quattro camera’s, I also equipped myself with the SIGMA LCD Viewfinder LVF-01 as well as the SIGMA dp3 Quattro Conversion Lens. I began to use both on my Tottenham series which I’ve been shooting for almost ten years now, using the SIGMA DP1 Merrill for environmental portraiture and the SIGMA DP3 Quattro plus Conversion lens FT-1201 for the more secluded portraits. I was instantly amazed by the detail and colour rendition as well as the fact that I’m able to work the files like I would work a scanned negative. The images have a very slide film like feel which I love and suits my work very well. I’ve also used both cameras extensively whilst travelling across Africa and Europe and the images they produce are pretty breathtaking.

Again I have to mention that these systems are not really for commercial shooters but for those looking for an alternative to film when they cannot shoot film. I would highly recommend them. I would also encourage all universities teaching photography to get hold of them. The new models are faster than the Merrill series but still slow for today’s standards but who says you want to use these systems to shoot commercial work? Whilst they’ll be very much at home in a studio setting the real power comes when you take them out to shoot personal projects that will allow for your work to have a very individual look and feel not too far off from the look film gives you only, sharper! 99% of the time I use mine with a tripod as I do my medium format cameras. I’ve always shot this way as I see my street portraits as more considered pieces as opposed to capturing the moment.
The SIGMA Quattro series is a beautiful set of cameras from a company investing in the actual art of photography, and compact enough to take anywhere in the world.
It’s a small camera that gives you big pictures!
” This is Tottenham” http://www.lifeforcemagazine.com/14.htm
The See of the City http://www.lifeforcemagazine.com/21.htm 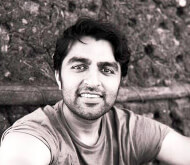