As the warm glow of golden hour gives way to the cool tones of twilight, most photographers take that as a cue to pack up their kit and start heading home. But as darkness descends and the stars begins to appear, a whole new world of photographic possibility presents itself. With the right gear and small amount of knowledge, it’s easier than you might think to start achieving breathtaking night-sky images.

Astrophotography is actually quite a broad church that encompasses a wide range of photographic approaches and techniques, but for the purpose of this blog post let’s split it into two main areas: wide-angle nightscapes and deep sky photography. The skills and equipment need to master these two main approaches are quite different, so let’s look at them separately. 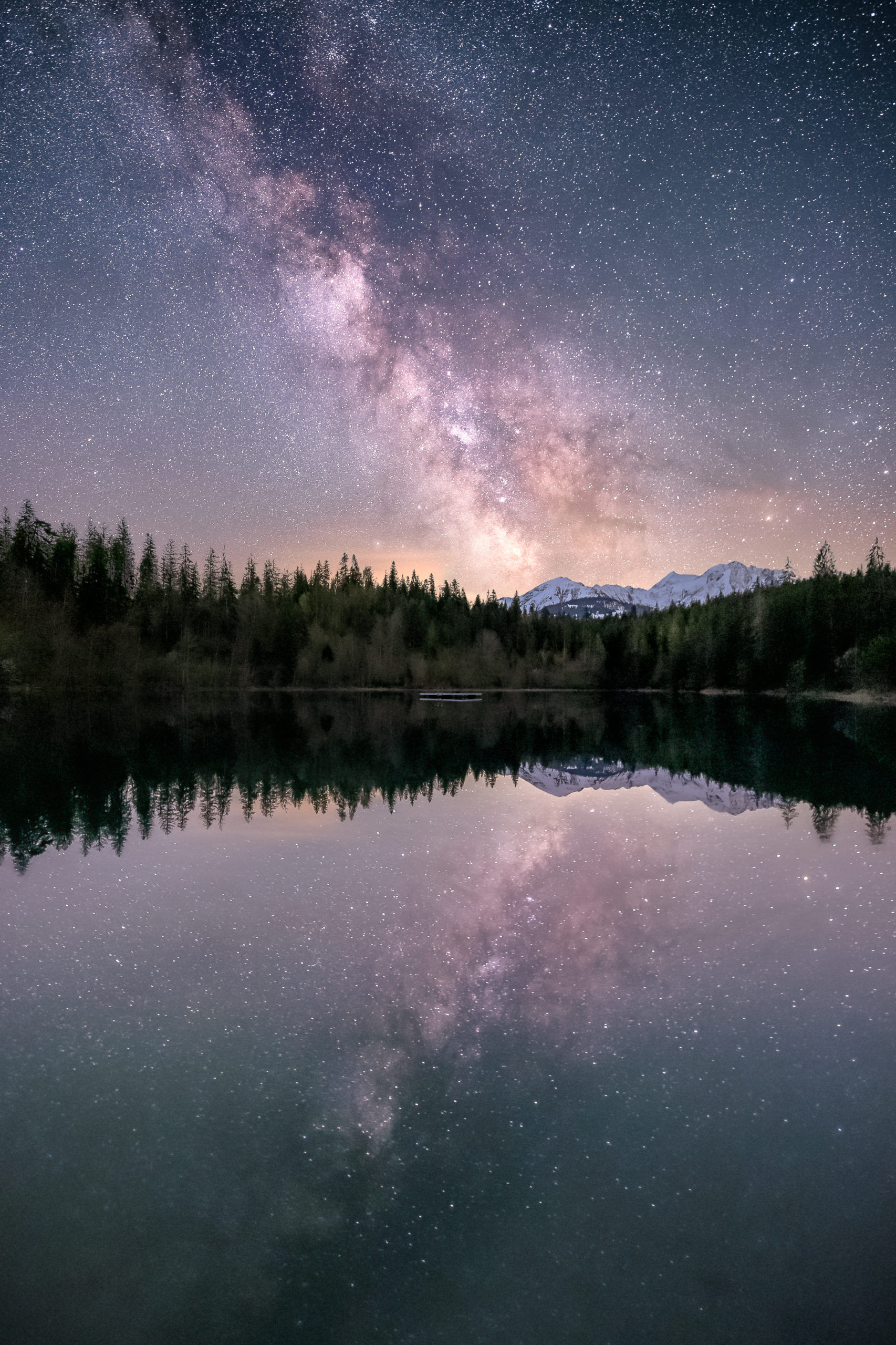 These images aim to capture a wide vista of the night sky, usually set against a foreground here on Earth, and may or may not feature the Milky Way. A wide-angle or ultra-wide-angle lens is required for this type of shot.

Shooting wide is the most popular approach to night sky photography because it requires a relatively small amount of kit (a lens and a tripod is enough to get started) and the techniques are mostly relatively straightforward, many of them requiring only a single long exposure. So if you’re new to astro and want a good starting point, a wide-angle lens and tripod are the sensible first step.

There are two popular wide-angle astro techniques. One is to choose an exposure long enough to let in plenty of light to reveal lots of detail, but not so long that the rotation of the Earth causes the stars to appear as long streaks of light. In other words, to keep the stars as sharp points of light, as we see them with the naked eye. Usually this means a maximum of about 25-30 seconds of exposure time, depending on the focal length used. 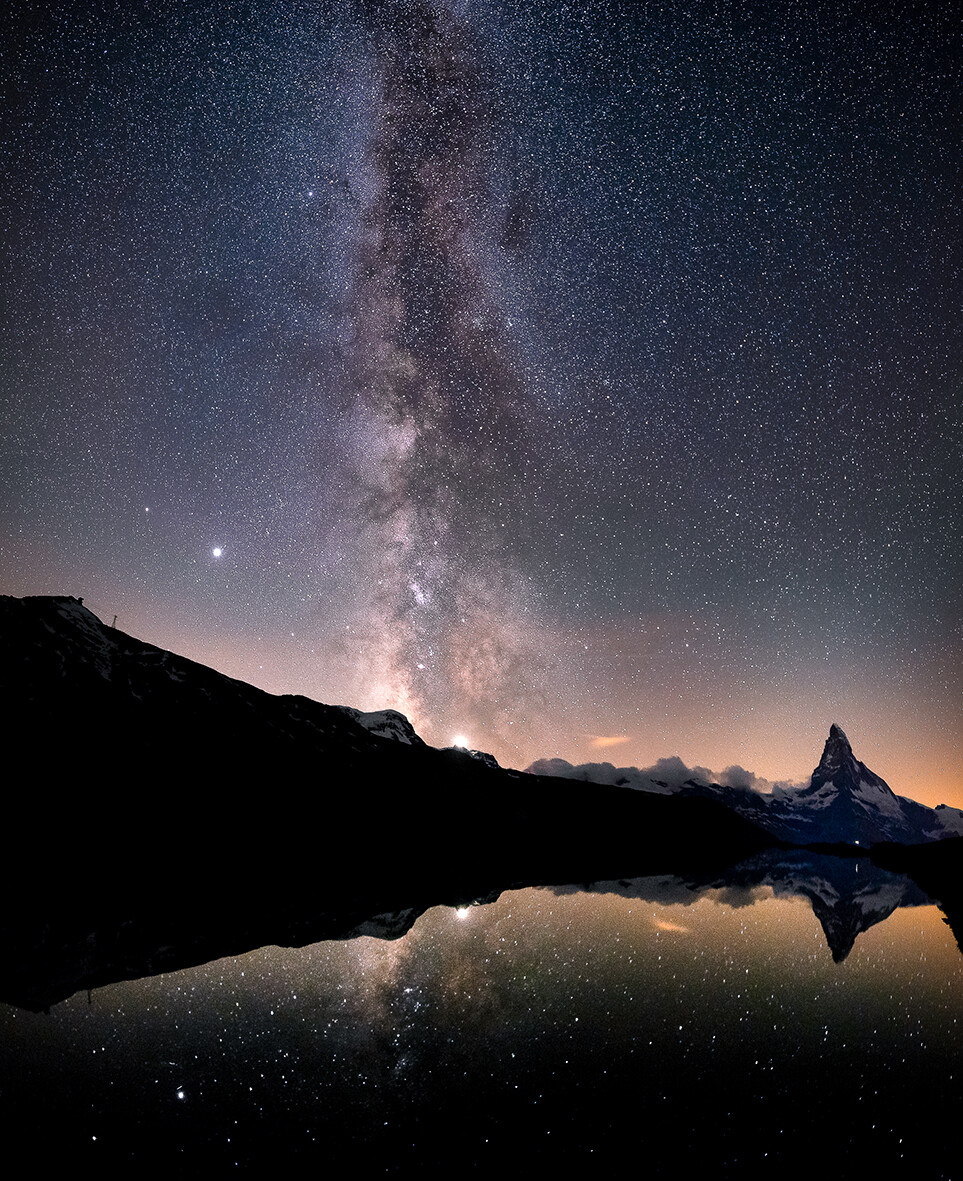 The other technique is to shoot with much longer exposure times to allow the stars to ‘trail’ as the Earth moves. For this technique exposure times are usually between 20 minutes and several hours, and may involve lots of exposures stacked together. 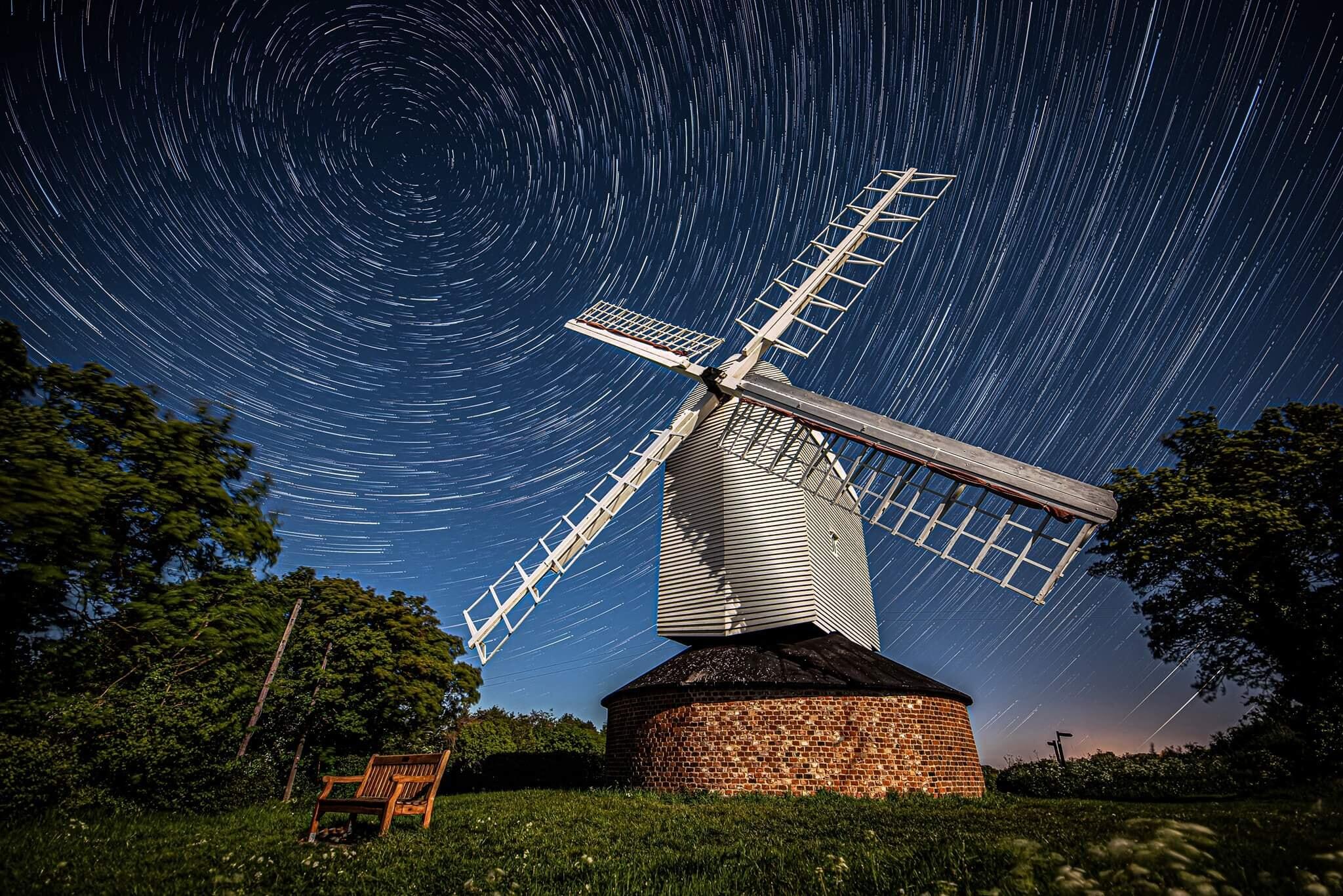 As you’re probably aware, not all wide-angle lenses are created equal. Some are sharper than others, some have wider apertures and some can better control unwanted optical aberrations such a coma flare.

Probably the most important feature to look for is an ultra-wide aperture. This dictates how much light is able to pass through the lens and onto the sensor. For each extra ‘stop’ of aperture you have, twice as much light is able to reach the sensor. So an F2.8 lens is two full stops brighter than F5.6, which means it lets in four times the amount of light. When you’re photographing a subject 2.5 million light years away that isn’t visible to the naked eye, those two stops suddenly become a really big deal.

Ideally you’ll want to use a lens with an aperture of F2.8 or wider as this will help you capture very faint stars that you wouldn’t be able to see with the naked eye. In optimal conditions (that is, on a clear night in a very dark-sky area), the eye can detect up to 4000 stars at any given time. With a camera you can reveal many times more than that, but how many more is largely dependent on that maximum aperture setting. 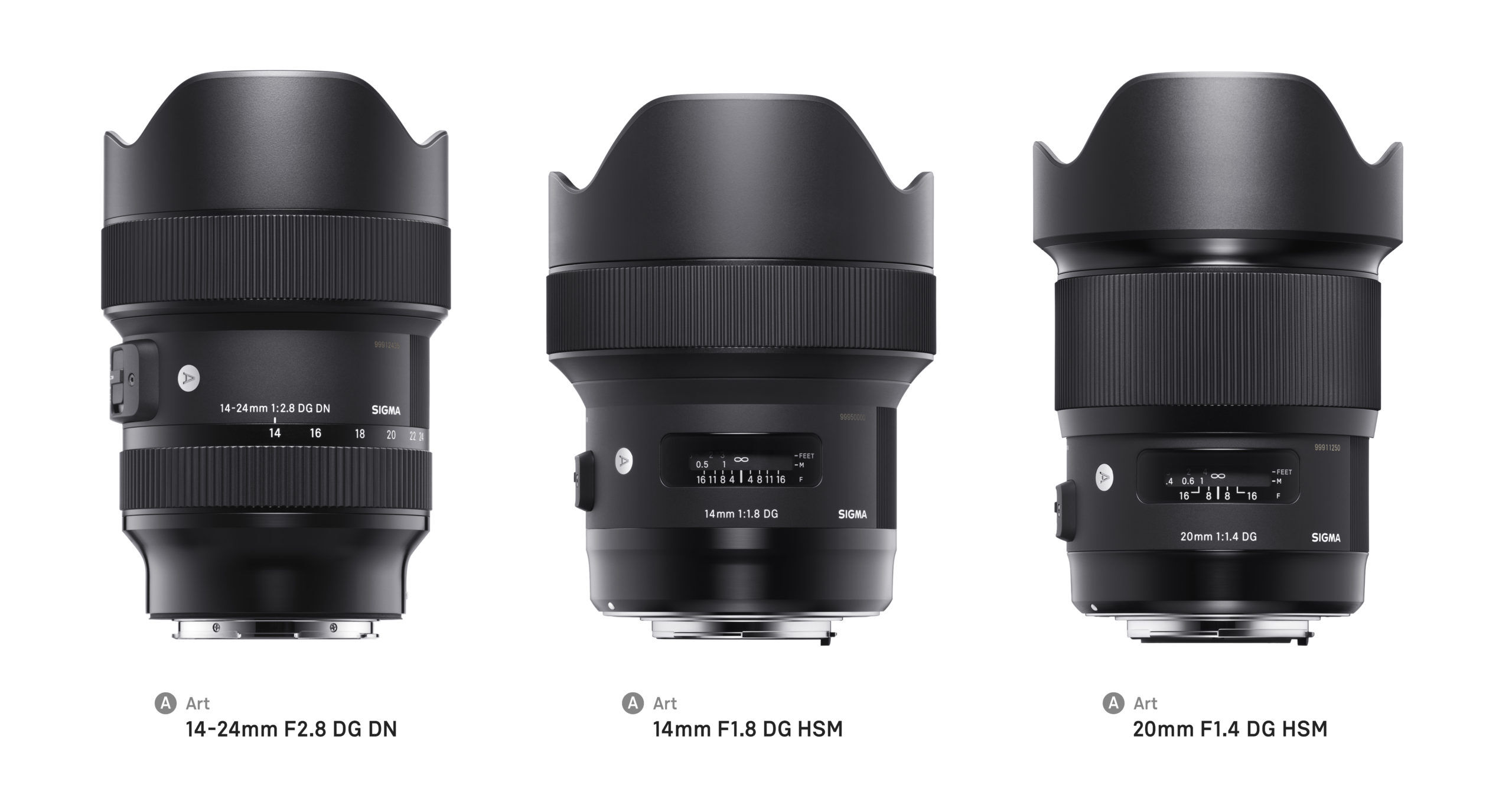 These three SIGMA lenses are the ones most commonly used by astrophotographers shooting wider-angle images, and are the three we’d recommend considering. They are the 14-24mm F2.8, 14mm F1.8 and 20mm F1.4. All three are excellent lenses for the job as they are extremely sharp, have very wide aperture settings and control optical aberrations extremely well. Note that there are two versions of the 14-24mm: the DG HSM version for DSLRs and the DG DN version for mirrorless. The other two lenses are the same version for all systems.

Generally more involved than wide-angle night-sky photography, but still accessible to most enthusiasts, is capturing deep space objects using longer lenses. This ideally requires focal lengths of around 400-600mm and sometimes extra equipment such as an ‘equatorial mount’, a device that rotates the camera and lens against the movement of the earth in order to allow much longer exposures without the stars appearing to move from the camera’s perspective (more on this below).

By far the easiest place to start is the Moon. Although clearly not a deep-sky object (it’s the closest celestial object to Earth!), it does require a telephoto lens so we’ve included it in this category. Actually, the moon is relatively easy to capture and being the second-brightest object in our sky can even be attempted without a tripod, although this isn’t recommended. A wide aperture isn’t crucial when photographing the moon as it reflect plenty of light down the lens, so any long SIGMA lens will do the job well.

Either of the 150-600mm lenses (Contemporary or Sports) are a great option as they have plenty of reach and offer exceptional image quality, as is the 60-600mm. All three are only available for DSLRs, but can be used on mirrorless cameras with a SIGMA adaptor. The 100-400mm is also a great option, but as the reach is slightly less than the others is perhaps better suited to crop sensor cameras for this particular application. Note that there are two versions of the 100-400mm: the DG HSM version for DSLRs and the DG DN version for mirrorless. 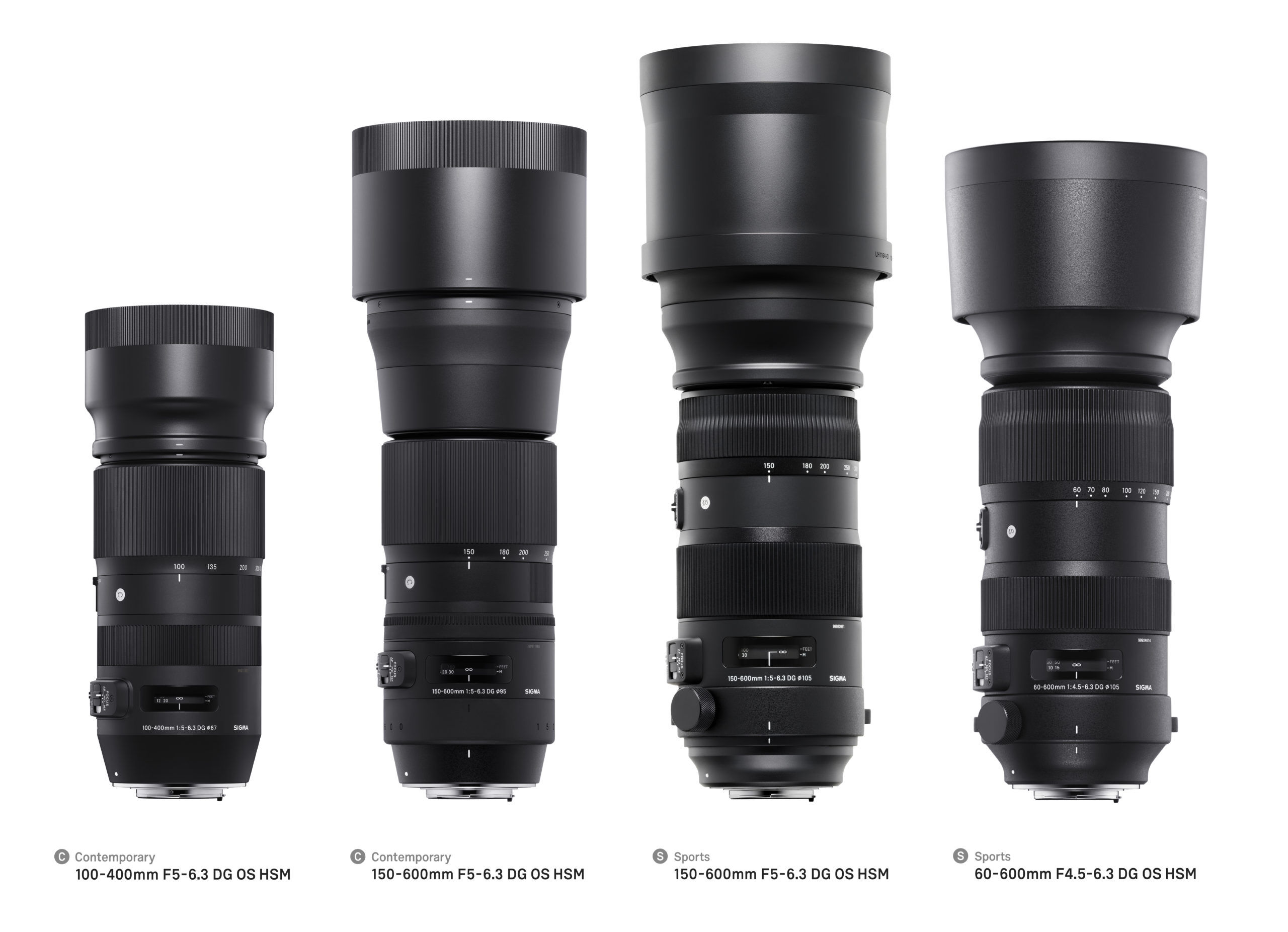 For capturing more distant and far fainter objects such as galaxies and nebulae, maximum aperture does become much more important, so a lens such as the SIGMA 500mm F4 is ideal here. This is only available for DSLRs but can be adapted to mirrorless. 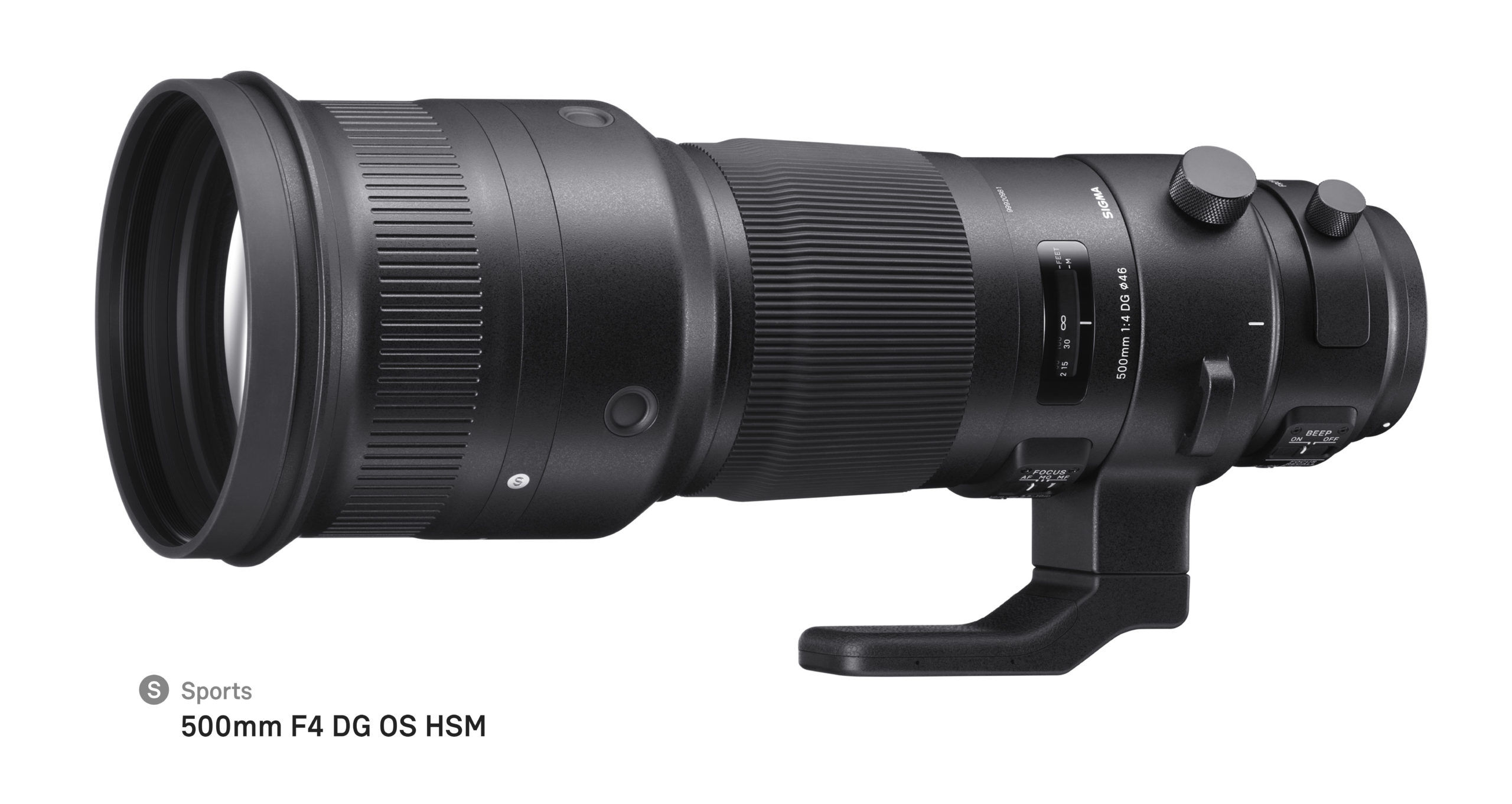 Without attaching the camera to an equatorial mount (mentioned above), the maximum exposure time to avoid blur caused by the Earth’s rotation is only around 1 second, which doesn’t allow a huge amount of light down the lens. This is why the widest possible aperture is so key. An entry level equatorial mountain might extend that to a minute of exposure time, letting in 60 times the amount of light. The two most commonly shot deep-sky objects are the Orion Nebula and the Andromeda Galaxy. Both of these can be captured (just) without a mount, although the results will be much less impressive.

This image of the Andromeda Galaxy was shot using the SIGMA 500mm F4 and a budget equatorial mount (costing around £350). 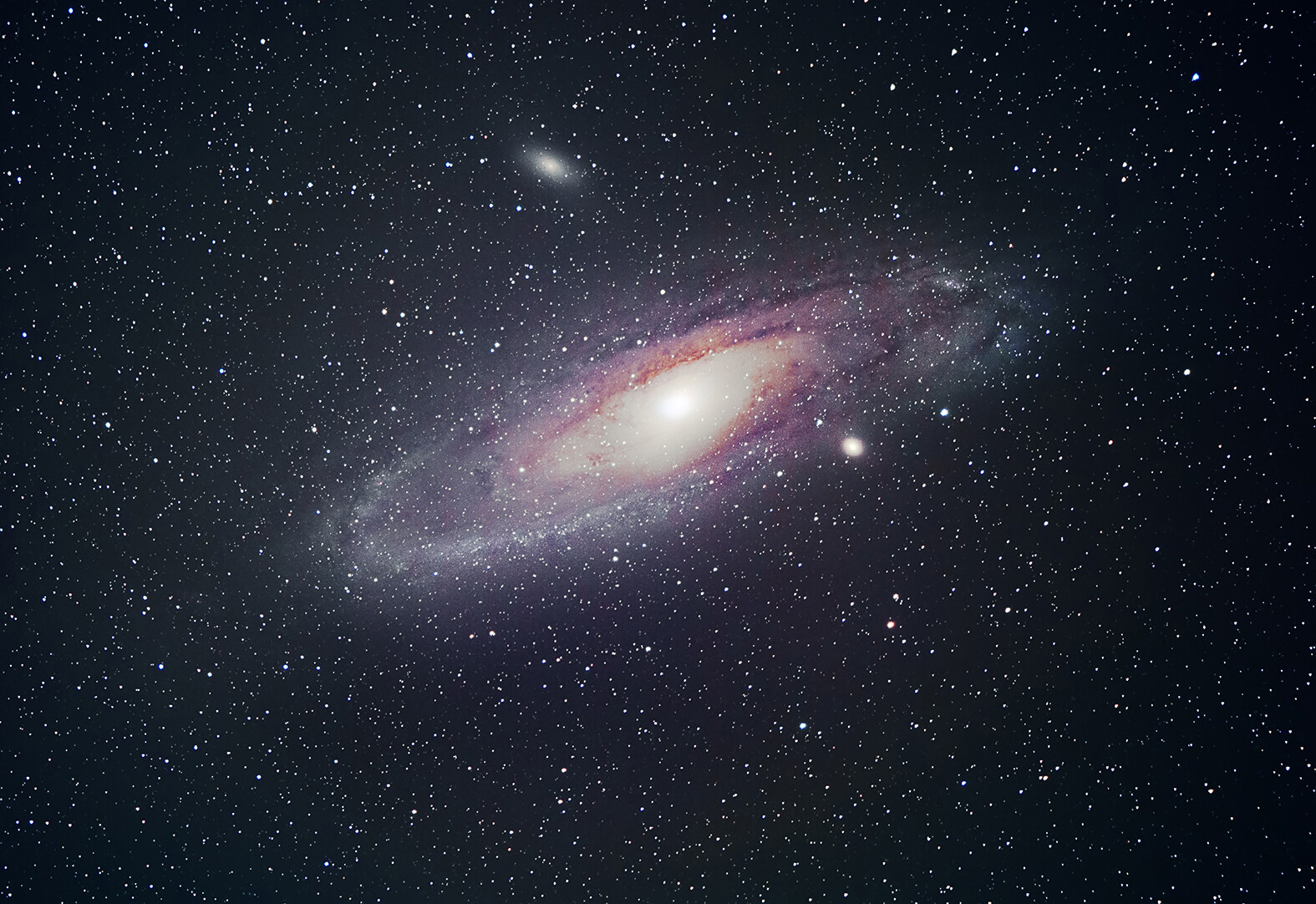 Why not try photographing the Orion Nebula with a long lens on a tripod? You won’t get stunning results without an equatorial mount, but it might give you a taste for deep-sky photography! To find the Nebula, you’ll need to locate the famous Orion’s Belt. Note that the Orion constellation isn’t always in the sky so you’ll need to check a night sky app to be sure. J

ust below Orion’s Belt is Orion’s Sword, another three stars in a row, but fainter and less spaced out. The Orion Nebula is the middle ‘star’ of the sword. To the naked it you may notice that it looks slightly fuzzy. This is because it isn’t really a star but a giant cloud of gas and dust. You’re ready to shoot.

Working from a tripod, put your camera in manual, set ISO to around 3200, choose a shutter speed of around 1 second and select your widest aperture. Zoom in as far as the lens will go (ideally 600mm). If you manage to get an image you may be able to make out the distinctive pink colour of the nebula, which is hydrogen gas. Not bad for an object more than 1300 light years away! 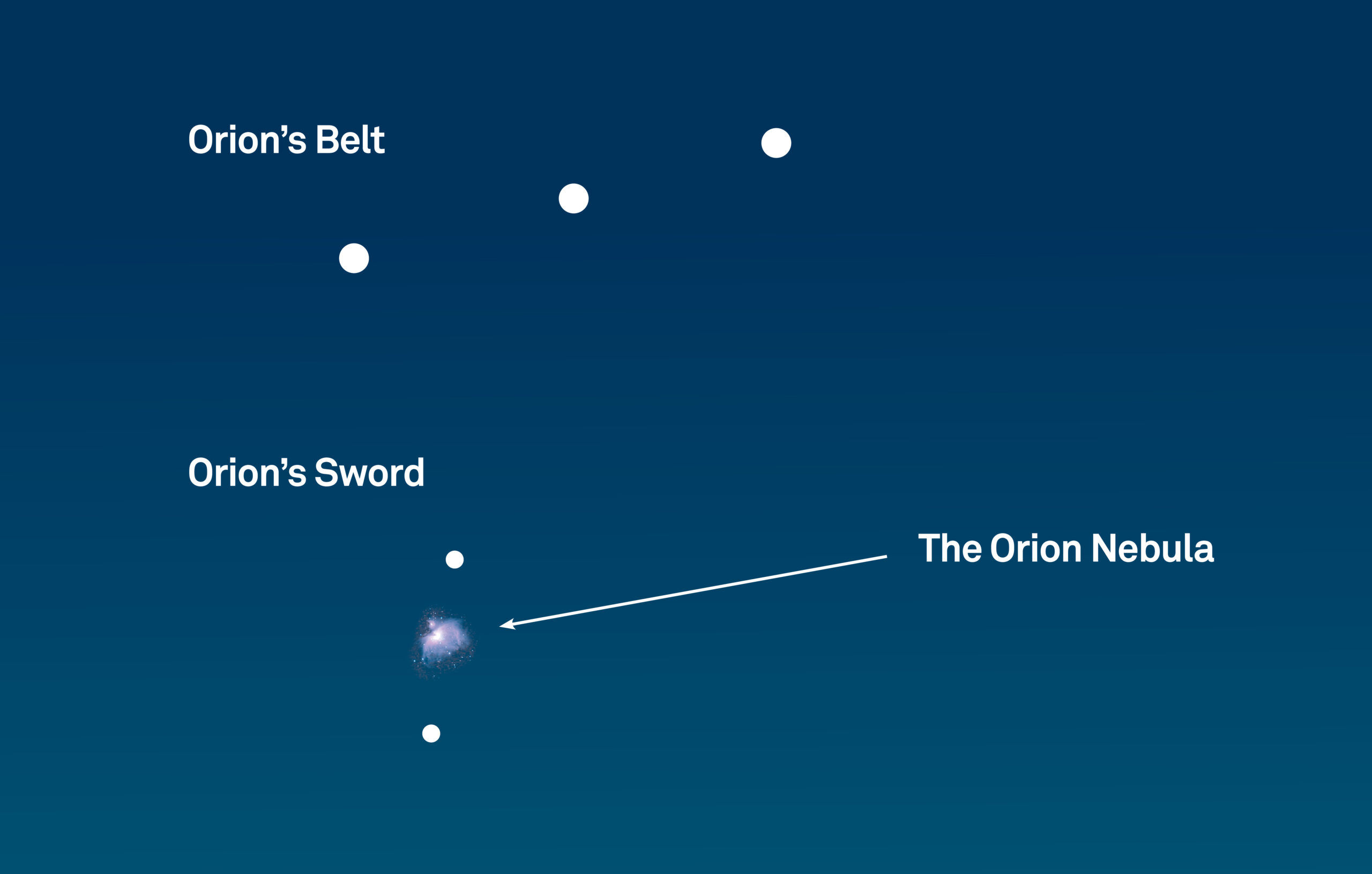